‘Good for Publicity’: My Book Reading from Hell 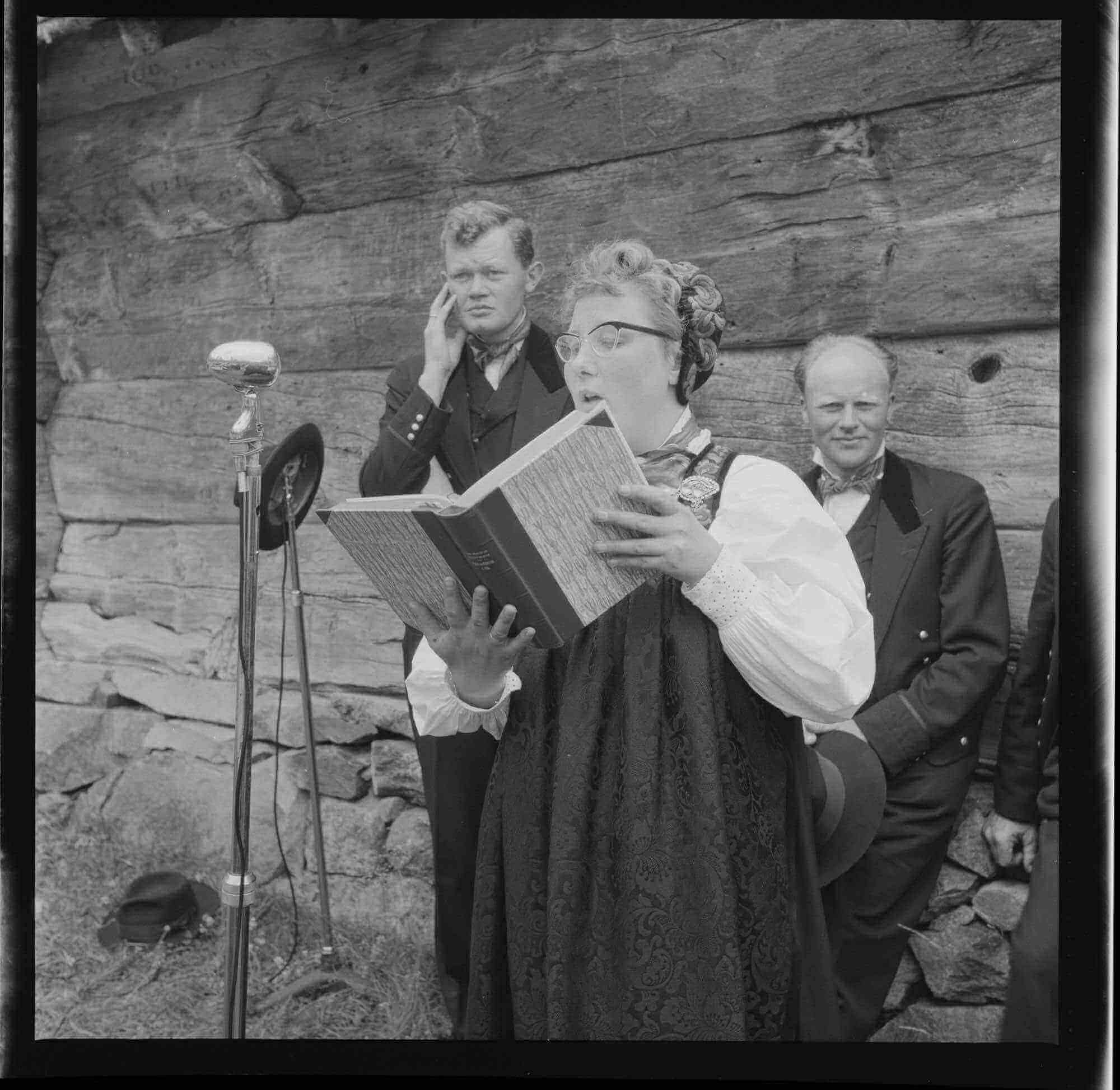 ‘Good for Publicity’: My Book Reading from Hell

I had just published my travel book Stealing With the Eyes: Imaginings and Incantations in Indonesia. It was a tale of witches, anthropologists and unpaid debts set in the Tanimbar islands in the East of Indonesia.

My publisher sent me an email. ‘Can you do an event?’ they asked. ‘It’s at a travel fair in East Anglia. They can’t pay, other than expenses, but it will be good for publicity.’

Like many writers, I have always balanced paying work with unpaid work. It is a part of the job. My criterion for unpaid work is simple: does it seem like it will be fun? The book was newly out, and I was waiting for the reviews to come in. In a few weeks, I was leaving the country to start on another project. I had time on my hands. And if the event did not scream fun, it seemed like at least it might be fun. I had no other plans that weekend. Why not? I thought.

So one Sunday morning, I got up early and took the train to a small town in the east of England to talk about my book. It was a long journey. As we shuddered through the flat landscapes of East Anglia, I read through my presentation, checked timings, made sure that I had my readings bookmarked. On my laptop there was a presentation with photographs from Tanimbar.

I had forty minutes for the talk. I planned to introduce the book, to talk about the islands, to give a couple of readings — one was an account of sickness and healing in Tanimbar, and the other was a strange Tanimbarese story about a baby made from shit. Then there would be time for questions. I had done this talk before, in different forms and different places. It had always gone down well. I was confident that everything would be fine.

I turned up at the venue. It was a cavernous place in an upstairs hall. By the time I arrived, the travel fair was in full swing. There were stalls set out where travel companies sold tours to South Africa, the Americas and Southeast Asia. At one end of the hall was a table stacked high with copies of my book. A sign on A4 paper read ‘Meet the Author.’ I sat down at the empty chair.

It soon became clear that the people at the travel fair were not there to meet the author. They didn’t even want to meet the author’s eyes. I sat trying to compose my face into an expression of open, unthreatening, friendliness. But the moment any members of the public saw me sitting there, they veered off and pretended to be interested in brochures about adventure tours to Somalia or kite-surfing in Jordan. I chatted to the women at the next door table. They were friendly enough. They leafed through the book and said it wasn’t their thing. That was okay. Not all books are everybody’s thing. I was grateful for their company: it kept the growing loneliness at bay.

At lunch-time, the organiser came over to give me a sandwich. ‘You are on at three o’clock,’ she said. ‘We’ve got you in one of the meeting rooms. But unfortunately, three o’clock is when we’ve scheduled the free cream teas in the hall.’

‘There are free cream teas?’ Things were looking up.

‘Yes,’ she said. ‘It helps get people through the door. The trouble is, nobody will come to your reading if there are free cream trees in the hall. So we thought you should do the reading in the main hall, whilst the cream teas are being served.’

‘You’ll get a very big audience,’ the organiser assured me. ‘It will be much better.’

Just before three o’clock, the organiser came over to set me up in the hall. There was a TV screen, so I could project my presentation. There was also a microphone and amplifier. I took out my laptop, and we fiddled around with the TV, trying to get my Mac to talk to it. The catering staff were putting out the cream teas. As we wrestled the technology, they pushed past us, muttering complaints.

We plugged in the laptop. Nothing doing. The TV didn’t like my Mac, or my Mac didn’t like the TV. They were not talking. The tech support guy sighed. He went to fetch his laptop. I saved my presentation on a memory stick. We put it into his Windows laptop, and repeated the whole thing. But the TV was in a bad mood. It didn’t want to talk to anybody, whatever the operating system. I looked at my watch. It was five past three. The cream teas were now being served.

I looked across the hall. There were perhaps twenty tables, with five pensioners on each table, tucking into scones piled high with jam and cream. They were having a good time. The stallholders were becoming restless. The pensioners were not there to buy package tours, or to listen to authors reading from their books. They were there because they knew that this was a place where they could find free cream teas. And for no other purpose. The stall-holders started packing up their things to go home.

It was ten past when the tech guy gave up on the screen. ‘Sorry,’ he said. ‘No presentation.’

We turned on the microphone. There was a whine of feedback, a strange coughing from the amplifier, then a background hum of almost-silence. I tapped the microphone. It was dead. I passed it to the tech guy. He looked puzzled. He turned it off and on again. He tapped it. He looked at it accusingly. He made some adjustments. But by three fifteen, it was clear that the sound system too was dead. ‘Sorry,’ the tech guy said. ‘You’ll just have to shout.’

I should, of course, have quit there and then. But I didn’t quit. Instead, I looked over those one hundred grey heads, gave a friendly smile, and yelled, ‘Good afternoon! Are you all enjoying your cream teas?’

The three tables at the front heard me. They smiled politely. There was a woman in a dog collar. She gave me a priestly smile of encouragement. I was grateful for that.

‘Okay,’ I said, raising my voice a little more. ‘Let me introduce myself. I’m here to talk about my book, Stealing With the Eyes.’ I held up the book.

‘He’s shouting,’ one of the old people muttered. ‘Why’s he shouting?’

‘Some book, I don’t know why they’ve got him here.’

I put my notes down. I can usually talk without notes, and I thought that if I could swing my arms around as I talked, I might make more of an impact. I introduced the book, my voice drowned out by chatter about the weather and the quality of the scones (‘a bit dry,’ I heard somebody say). I yelled out some facts about the Tanimbar islands, where the book is set. And then, because I thought perhaps the only solution to the growing embarrassment was an escalation in drama, I picked up the book and shout, ‘Now I’m going to read a Tanimbarese folk-tale. The story is called “Shit Baby”.’

I told this folk-tale in most of my readings. It was about a childless couple who went into the forest one day to cut wood. When the husband was working, the wife squatted down and relieved herself. Then she made a baby out of her own shit. In the book I talk about this story, about how my Tanimbarese friends reassured me every word of the story was true, and about what this says about Tanimbarese culture.

So I started to read the story, beginning with the words that Tanimbarese storytellers use: Nangin, nangin, O! — A story, a story, O!

‘Nangin, nangin, O!’ I shouted. Then I started to bark out the story, line-by-line.

There was husband and a wife. They had been married for four years, but had not yet had a child, so they lived in unhappiness. One day they went to the plantation to work. The husband told his wife he needed to go into the forest to cut a new ridge-pole for the house. He went into the forest and left his wife alone.

From the first moment, I knew this story was a mistake. Why this story? Why hadn’t I chosen another? Any other. What was I doing there, yelling to an army of pensioners as they were innocently trying to eat cream teas about babies made from shit. But it was too late. I was committed. Once you have started telling a story, you have to see it through to the end. That is the law. I talked about the baby, its upbringing, how one day the parents put it in the care of an old lady.

The old woman went to prepare a basin of water to wash to baby. She took the child up into her arms and poured the water over his head.

I was sweating now. The climax of the story was rapidly approaching. I didn’t know what else I could do. I had to press on.

As soon as the first drop touched the baby’s skin, the little child turned back into a pile of shit. The smell was revolting.

A couple of the people in the front row wrinkled their noses in disgust. ‘Has he finished yet?’ an elderly gentleman asked his companion.

My voice was hoarse now. It faded out as I read the final words of the story.

The old woman dropped the baby and ran from the house, laughing and spitting, muttering to herself, ‘This child must have come from shit!’

After the story was over, I knew I was defeated. I mumbled a few things about the book being available in all good bookshops. Then, raising my voice a final time, I thanked my audience for their patience and said goodbye.

Nobody clapped. ‘Has he finished?’ somebody asked.

The stall-holders had almost all gone now. The cream teas were still being served. My throat was dry from shouting. Nobody offered me any tea.

I stood awkwardly to one side by a pile of my books, trying to look approachable. The vicar took pity on me. She came over and smiled sweetly, took a polite interest in the book, then departed.

The organiser then came over. ‘That was a great audience,’ she said. ‘You must have had one hundred people. Are you pleased with how it went?’

I smiled weakly. I was done for the day. I just wanted to get home.

On the train back, I looked out over the flat expanses of East Anglia, and I wondered why I had bothered. The whole thing was a disaster. But there was one ray of light. As a storyteller, nothing is ever lost. You can always salvage something from the wreckage by telling another story. Nangin, nangin O! as they say in the Tanimbar islands. A story, a story, O!

It was not much compensation. But I knew that one day, when the sting of failure had passed, I would sit down and this tale of defeat might also become something to be shared.