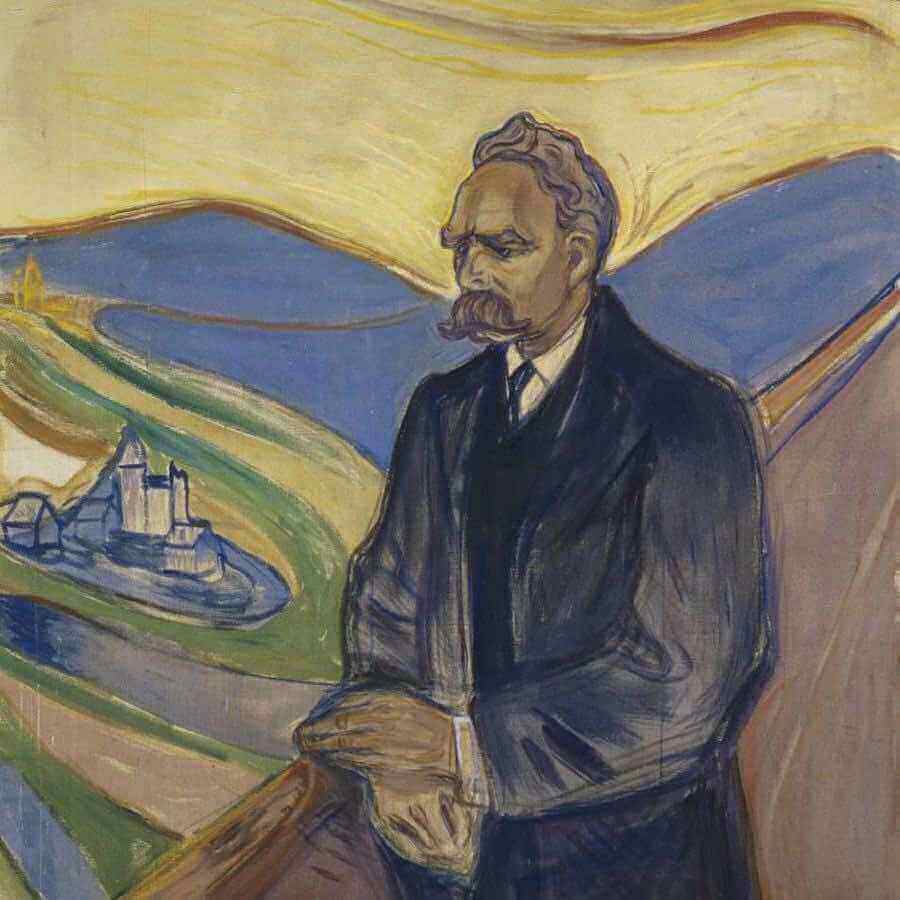 Of all philosophers, Friedrich Nietzsche is one of the most exhilarating to read. He is fragmentary, breathless, maddening, sometimes insightful, sometimes obscure, often funny, sometimes appalling. He is fun to agree with. And he is fun to disagree with too. Either way, reading him quickens the pulse. It wakes you up. It shakes up your complacency.

A few weeks back, a friend recommended the new biography of Nietzsche, I Am Dynamite by Sue Prideaux (Faber, 2018). It is one of the best — and most entertaining —philosophical biographies I have read for a long time. And I was intrigued by Prideaux’s reference to the guidelines for writing Nietzsche sent in a letter to Lou Salomé, the young Russian-German aristocrat with whom he had become scandalously involved.

Nietzsche wanted writing to approximate as closely as possible to speech: to conversation, and its sheer life and liveliness. And so it is no accident that these ten commandments grew out of several weeks during which he spent sometimes ten hours a day in discussion with Lou, in the small German settlement of Tautenburg.

In August 1882, Lou caught a train to Tautenburg to visit Friedrich and his sister, Elisabeth. It was not the most promising of holiday plans. When Lou turned up, it was in the shadow of multiple scandals. Earlier that year, Lou, Friedrich and their friend Paul Reé had posed for a photograph that had created a stir in society circles.

In the photo, Lou sits perched on a horse-cart whilst Friedrich and Paul — both of whom had unsuccessfully proposed to Lou —take the role of the horses. Lou stares at the camera and wields a whip. Friedrich looks fully committed to the joke, standing between the arms of the cart. Paul is more ambivalent. He has one hand on the cart and the other hand on his jacket, like those fathers you see pushing pushchairs down the street one-handed, to signal to the world that their commitment to the task is only partial. Friedrich, Lou and Paul horsing around. Photograph by Jules Bonnet Studio, 1882. Public domain. Via wikimedia Commons. A worse scandal than this, at least as far as Elisabeth was concerned, was that Lou was planning on persuading Friedrich and Paul to enter into some kind of intellectually polyamorous living arrangement. With two bedrooms between the three of them, and one shared room for intellectual discourse, the precise sleeping arrangements were unclear. Elisabeth was horrified by the plan.

It is perhaps no surprise that the holiday did not go well. Lou and Elisabeth did not get on. Elisabeth fell into a sulk, going off on long walks to commune with squirrels in the forest. This left Friedrich and Lou to hang out in the farmer’s house where Nietzsche was lodging, and to have conversations that stretched on for up to ten hours — for much of the day, and then long into the night.

Later that August, in a letter to Lou — no doubt thinking back on their conversations— Nietzsche wrote a Ten Commandments for powerful writing. He called this short piece ‘On the Lessons of Style’ (Zur Lehre vom Stil). Here’s a translation.

Writing is a kind of talking

It is a strange list, but it is one that can be summed up with one idea: **writing is a kind of talking.**

But one of the biggest challenges for writers is this. When you talk, you have a huge number of means at your disposal to communicate and connect. When Lou and Nietzsche holed up in that room in Tautenburg, they could raise their voices or lower them, gesture, make eyes at each other, scowl, flirt, joke, stride around or lounge in their chairs… Communication happens through multiple channels. In the rich stream of information that makes up face-to-face communication, words make up only a small part. We are bodily creatures, and the way we communicate is rooted not just in ideas, but also in our bodies: in our feelings, in the way that we extend our arms, or waggle our eyebrows, or leap to our feet when something strikes us as exciting.

This is what preoccupies Nietzsche. When you write, you don’t have access to all of this richness. You can’t raise an eyebrow to suggest irony. You can’t wave your hands to draw the reader’s attention. You can’t make your voice louder or softer. You can’t pause… and then resume. Or you can do some of these things, but you have to find other ways of doing them using typography, ellipses, gaps, spaces on the page, or emojis. I like to think that if Nietzsche was alive today, he would be a big fan of emojis.

So these are the challenges Nietzsche sets. How to bring these gestures — which carry with them the richness of living — onto the written page. How to feel your sentences, long and short, your punctuation, your flow of arguments as gestural. How to tie your written sentences to the rhythm of the breath. How to seduce the senses. And how to leave space for the reader to agree, to disagree, to dissent, to make up their own minds.

I think of Nietzsche’s advice in his letter to Lou Salomé as advice for writing with greater intimacy. Some of the writers I most admire are writers whose words are most intimate, as if their books were communicated in the course of a conversation in a small farmhouse far from anywhere, a conversation between humans who long for nothing more than to connect more deeply, and more strongly.

I love conversation. And I love the idea of books as conversation. So in an attempt to bring some of this spirit into the book I’m writing at the moment, I’m taking Nietzsche’s words to heart. I’m thinking about how to bring the intimacy of speech into the written word.

It is perhaps true that this is not the only way of writing well — and it may not always be the most effective way of writing philosophy. Nevertheless, as I sit down at my desk to return to work, it seems that this intimacy, this verve, and this sense of the richness of human connection is something worth striving for.

There is a nice write-up of Nietzsche’s ten commandments over on the wonderful Brain Pickings. The version I’ve used here is slightly different, and the translation of Nietzsche’s guidelines is my own, taken from Lou Salomé’s 1894 book, Friedrich Nietzsche in Seinen Werken. Give me a shout if you spot any problems / have any disagreements with the translation!