On the Art of Staring into Space 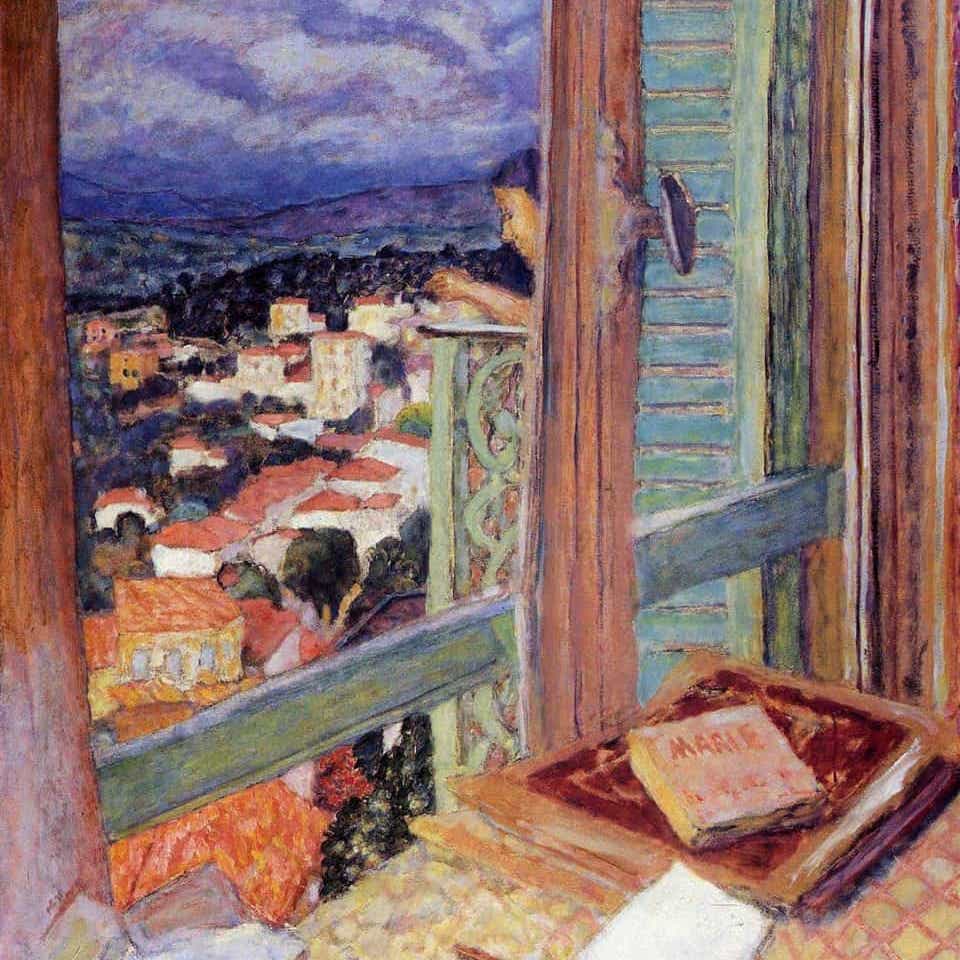 On the Art of Staring into Space

This piece was first published in Human Parts.

I spent much of my time in school staring out of windows. In class, I only had to glance at the birds wheeling in the sky and I would be lost for a minute, two, 10, 20… until my teachers yelled at me for daydreaming and broke the spell.

But I wasn’t daydreaming. Dreaming implies dreams. It implies content. But I wasn’t thinking about anything in particular. I was just staring out the window into space.

My teachers would sometimes ask me, “What’s so interesting outside the window?” I never could give a good answer. I wasn’t really looking at anything. So I usually shrugged, mumbled an apology, and tried to focus again on my schoolwork.

After a few minutes, inevitably, my mind wandered again, my pen lifted from the page, I looked out of the window, and…

I used to be so good at staring into space. I was an expert. World-class. But school trained me out of it.

By the time I hit my twenties, I had lost the ability to get absorbed in the not-quite-nothing there in the middle distance. I had internalized the disapproval of my teachers, so if I caught myself in the act, I would stop and remind myself to concentrate.

You go to school to make the expectations of culture your own. By the time you leave, you take that culture for granted. From my schooling, I learned that people who want to be productive, people who want to get things done, don’t spend hours staring out the window.

Like whittling sticks and chewing on stems of grass, the art of staring into space belonged to a different era. It had no value in the modern world.

It was the medieval Chinese writer, Liu Xie, who convinced me that my teachers were wrong.

I stumbled across Liu’s book about the art of writing, Creative Minds and Carved Dragons, a decade-and-a-half ago by accident in a second-hand bookstore in the north of England. I opened the book and started reading.

Staring into space, Liu said, was indispensable for creativity:

The creativity of the mind is the far-awayness of the spirit. Silently staring and contemplating, your thoughts reach across one thousand years. Quietly, your face twitches, and you can see across ten thousand miles… So, if you want to use the potter’s wheel of creative thought, value empty stillness.

In his defense of the art of staring into space, Liu draws on one of his biggest influences, the philosopher Zhuangzi, who refers to this art as “mind fasting.”

We spend our days putting things into our minds. We imagine the mind as a huge, elastic container into which we have to cram as much as possible. We hope that by cramming all this stuff in, we will become knowledgeable and wise.

At least, this is what our teachers told us. This is why they told me it was important that I stop staring out of the window, and focus instead on drawing diagrams of blast furnaces and benzene rings. Of course, I’m thankful for some of what I learned at school. It’s useful to know things. And it’s fun, too. But there is a big problem with this feverish quest for knowing stuff: there’s never any end to it.

Zhuangzi says there’s an infinity of things that we can know, but our capacity for knowing them is limited. This being the case, shouldn’t we at least have a day off? Shouldn’t we fast the mind from time to time? Maybe two days out of every seven? Would that be so terrible?

Ideas come to you when you stare into space. Out of nowhere, they make themselves known. “Good fortune stops by when you stop,” Zhuangzi says.

As a writer, I have come to see how this obsession with filling the mind with information can be counterproductive. All that feverish activity allows little space for anything new to arise. Zhuangzi calls it “hurtling around whilst sitting down.”

How do you recover an art you have unlearned? Having lost my knack for staring into space, these days I resort to hacks and workarounds. I go for a walk down to the sea, leaving my electronic devices at home, then sit on a bench and look out over the waves. I lie on my back on the sofa and look at the ceiling. Or I travel by bus or train, the best hack of all.

I love bus travel. It tricks my mind into thinking it’s going somewhere, that it’s being productive. But then it allows me to get on with the serious business of staring into space. As the bus bumps down country roads and the light flashes through the leaves of the trees, I still have hours ahead of me.

Of course, I could use this time to write or meditate, to plug in headphones and put on a podcast, or even learn a language. I could be productive. But as I resist the temptation to do any of that, my mind disengages. I gaze out of the window without really looking. My muscles relax. Thoughts cross my mind, but I’m not really aware of what I’m thinking. Outside the window, I notice things without really noticing them.

By the time I get off the bus and stop at a small roadside café for a cup of tea, my mind is almost entirely vacant. The word for it in Chinese is xu. It doesn’t mean “empty,” so much as “unfilled.” It’s not that there’s nothing going on in my mind. It’s as full of activity as a vacuum of empty space is, with its energetic pop and fizz of subatomic particles.

And then a thought arises. A thought that could not have arisen without this empty stillness. An idea for a book, a story, an article, a new direction.

It’s hard to unlearn the habits of your schooling. It’s hard to cast off the feeling of guilt that comes from staring into space. In those moments when you want to write, but you’re stuck and can’t find a way forward, nothing seems more counterintuitive as a remedy than simply sitting and staring into space, or catching a bus that goes nowhere in particular. “But I should be doing something!” you think. The trick is to stop doing all the somethings you think you should be doing. Creative good fortune stops by only when you stop.

I often think about a story in Rethinking Symbolism, by the anthropologist Dan Sperber. It’s a snapshot from his fieldwork amongst the Dorze ethnic group in Ethiopia:

A scene marked my childhood: my father was seated in an armchair in the lounge, completely motionless, his hands empty, his eyes fixed on nothing. My mother whispered to me: “Don’t bother your father, he is working.” This worked on me.

Later, I too became a scholar, I went to Ethiopia as an ethnographer and I heard a Dorze mother whisper to her son: “Don’t bother your father, he is feeding the ancestors” — then I sat down on the hill from which one could see the Dorze market, but I was looking at nothing, and I was motionless.

Though I am slowly relearning the art of staring into space, I wish I knew Sperber’s story or the wisdom of Liu Xie when I was in school. Then, when my teachers scolded me for looking out of the window, I could have told them I was feeding the ancestors or using the potter’s wheel of creative thought, and politely requested they leave me alone.

This story is part of The Art Of, an ongoing series that supplies you with instructions for living.