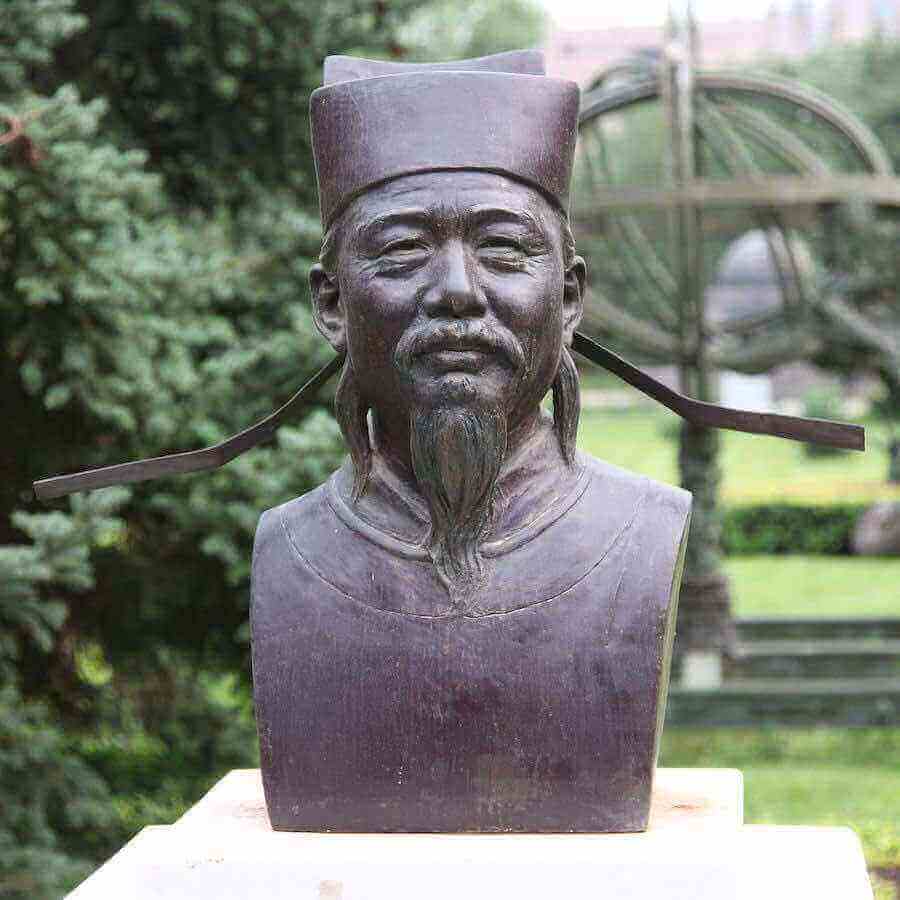 Whilst doing research on my book, A Book of Changes: Sixty-four Chance Pieces, I came across a curious little tale from Yangzhou, published in The Dream Pool Essays (Mengxi Bitan / 夢溪筆談), written in the eleventh century by Shen Kuo (沈括). The tale was about the miraculous appearance of a celestial pearl, and is an entertaining and intriguing read.

In Yangzhou, during Jiayou era, there was an extremely large pearl that everybody could see when the sky was dark. It first emerged from the marshes of Tianchang, and then it turned towards Bishe lake, and only then disappeared into Xinkai lake. Over a period of ten years, it was quite normal for those who lived there and for travellers passing by to see it. I had a friend whose studio was by the lake, and one evening he suddenly saw this pearl. It was very close. It slightly opened its door, and from the opening light shot out. It was like a ray of golden light. And then, all at once, from inside the shell — now it was as large as half a seating-mat — there was a white light like silver, and a pearl as big as a fist. Its brilliance was such that it could not be looked at straight-on. For ten li, the trees all cast shadows, and light shone like the rising sun, but in the distance the sky was the crimson of wild fires. Then suddenly it disappeared into the distance, going on its way as if it was flying, floating amongst the waves, after which it dimmed like the sun.

And here, just for the fun of it, is the original Chinese, which comes from the twenty-first folio on the subject of strange happenings.

This tale has been doing the rounds in China since the 1970s, and apparently some quite eminent figures have claimed it as clear evidence of extraterrestrial visitors. I’d rather take it as clear evidence that eminence and credulity are not mutually exclusive. But, anyway, I made this translation of the passage from the Dream Pool Essays a couple of years back. More recently, the story has broken out in the English-speaking world and has been picked up by a number of UFO-related websites as proof of alien activity in medieval China.

I, however, remain unconvinced—despite my own curious experiences in China. Back in 2010, whilst I visiting the city of Baoji, I had an encounter in a coffee shop with a man who swore blind that he was an alien, and who said he was longing to return home (you can read the story of this encounter in the Lowestoft Chronicle), but the mothership had not yet returned to pick him up.

In reality, I have zero confidence in tales of extraterrestrial visitors. But when I’m next in China, should I run into any other coffee-shop aliens, I will make sure I recommend they head straight to Yangzhou, just in case. And there, if all goes well, they will be able to reunite with the mothership and find their way home.