To Express or To Explore: The Art of Nonfiction 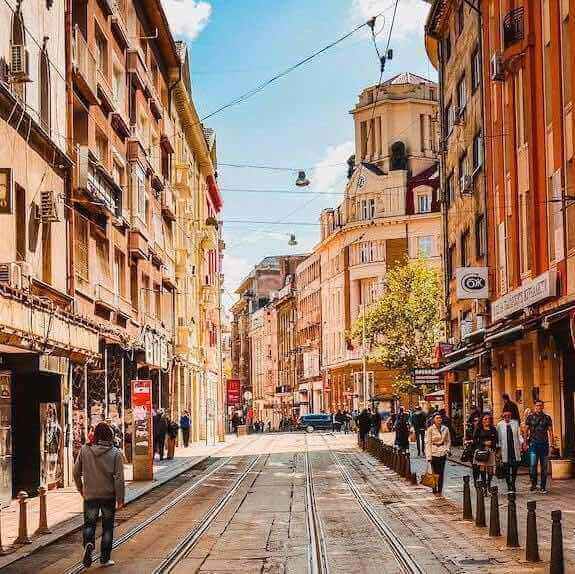 To Express or To Explore: The Art of Nonfiction

Some months ago — in that strange, hushed lull after finishing the manuscript of one book, and starting to think about another — I sat down to write. I fired up my laptop. I flipped through my notebook to the page where I had written down a few ideas for nonfiction projects. I opened up a new document.

Squeezing out the toothpaste

And then it started to dawn on me: I had nothing to say. Nothing I wanted to express. The last book was done. I was all used up. If meaning was toothpaste, I was at the end of the tube. I had squeezed out every last bit. The tube was empty, and I was spent.

I closed my laptop and went for a walk.

There is something dispiriting about the sense of having nothing to say. It is an empty feeling. So you go in search of coffee, to try and fill the void. I walked through the streets of Sofia to my favourite coffee shop. On the way, I puzzled over what I was going to write next. I fretted about the thought that I might not have anything more to say. Maybe I was done. Maybe I had said my piece. That’s the trouble with writing that comes out of a sense of urgency, out of a sense of having something to say. When that feeling runs out, when you’ve said all you need, when you’ve squeezed out all the meaning you can, you end up hollow.

As I walked, I was so preoccupied, I stumbled into a stone sphere the City of Sofia municipality had — for some baffling reason — seen fit to put in the middle of the pavement. I righted myself. My shin smarted. Later I checked. I had not broken the skin. There was no permanent damage. But for the rest of the day, I could feel a dull ache in my leg.

I went into the coffee shop and ordered a cappuccino. You really should look where you’re going, I said to myself.

From Expression to Exploration

Last weekend, I was teaching a nonfiction class here in Sofia along with my Wind&Bones collaborator, Hannah Stevens. We were looking at personal essays. In the class we talked about the essay form, how it is a kind of experiment, an ‘essaying’ or a ‘trying out’ of thoughts and ideas. We talked about how, as Annie Dillard writes, when it comes the essay, ‘There’s nothing you can’t do with it. No subject-matter is forbidden, no structure is proscribed.’ We read from one of our favourite essays. Then we got students making notes about the things they might want to explore themselves.

Then we went around the group, asking about our students’ ideas. One student, an Italian woman in her forties who was living and working in Sofia, said, ‘I’ve got an idea, but it’s pretty banal.’

She shrugged. ‘Okay,’ she replied. ‘Well, when I walk around town here in Sofia, I always have to look down at my feet. Sofia is full of holes in the sidewalk, things in the way.’

I laughed. A laugh of recognition. So it wasn’t just me. Everybody else in the group laughed too. Sofia is a city of low-lying hazards. Those cannonball-shaped stones that are traps for inattentive, brooding writers. Those uneven flagstones that trip up the unwary. The jagged, low-lying pillars along the tram line outside my apartment on Graf Ignatief that the municipality installed back in 2018. Local people called them ‘shark fins.’ Jagged little outcrops of stone that were specifically designed to avoid people sitting on them. Because sitting, the authorities decreed, was the misuse of municipal property (the shark fins were removed after several people stumbled over them, risking falling into the path of oncoming trams).

‘I’m really annoyed by how hard it is to walk down the street,’ our student said. ‘And it just feels wrong looking at my feet. It makes me think of my grandmother.’

‘Your grandmother?’ we asked.

‘Yes. My grandmother. She always told me to stand up straight. She said that a woman who took pride in herself should look straight ahead, not down at the road.’

Bam! There it was! The seeds of a beautiful essay. About being Italian in Bulgaria. About cultural difference. About how the things you learn as a child are inscribed into the habits of the body. About the writer’s memories of her grandmother. About gender and the slippery idea of pride. About the politics of public space. And about how to cut a path through all of these complexities, whilst walking down the street, attentive to the unfolding dangers.

The Art of Stumbling

When she arrived in our class, this wasn’t something that our student was burning to express, to squeeze out of the tube of meaning. She didn’t enrol on the course out of her burning, irrepressible desire to write about street furniture. Instead, it was a topic that she stumbled across during the class, during conversation with her fellow students. And if it was an idea that seemed banal at first, it was one that repaid increased attention, becoming deeper and richer.

As we talked in the class about this essay idea, I had a small revelation. All those times I walked through Sofia, thinking about having nothing to say, frustrated by all that knee-high street furniture, my attention turned inward… What if I had instead turned my attention outward, as my student had? What if I had realised that these low-lying hazards were themselves things worthy of attention?

And then it struck me. When I get stuck writing nonfiction, it is almost always because I am too hung up on expression. I am too obsessed with having something to say. And when this happens, I forget that writing is also exploration. Writing is a process of poking away at something out there in the world, to see what it reveals. It is turning over stones in rockpools. It is noticing things, letting your attention linger on them.

The move from expression to exploration is liberating. You no longer have to ask yourself ‘do I have anything to say?’ You no longer have to tangle yourself up in anxieties about running out of stuff to say. Instead, turning your attention outwards, you can change the question. Not ‘what do I have to say?’; but ‘what to I want to explore?’, or ‘what do I want to give my attention to?’

And — an added bonus! — your attention turned outward, stumbling across the countless things that are worthy of your attention out there in the world, the risk of injury is so much lower.