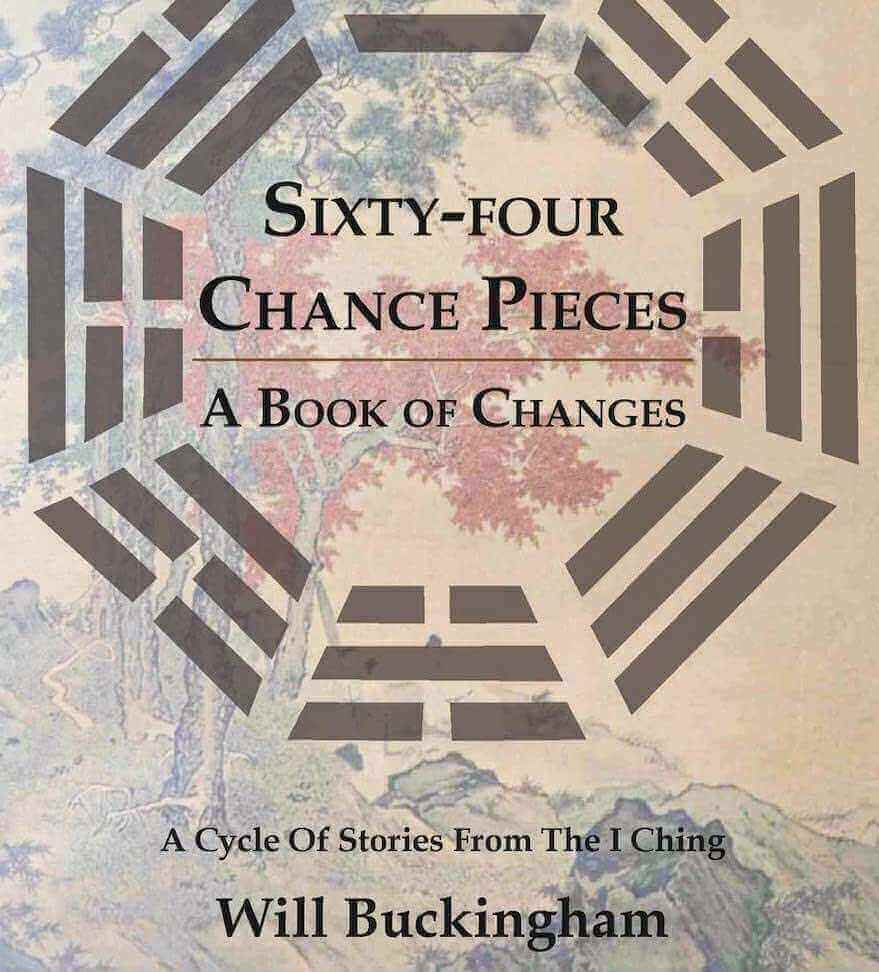 The Chinese I Ching, the Book of Changes, is one of the oldest and strangest of all books, a masterpiece of world literature, a divination manual and a magnet for the deranged and the obsessive. In Sixty-Four Chance Pieces, novelist and philosopher Will Buckingham puts the I Ching to work, using it to weave together sixty-four stories of chance and change, each flowing from one of the I Ching’s 64 hexagrams. Moving between myth, fable and travel-writing, Sixty-Four Chance Pieces offers an attempt to make sense of the maddening, changeable book that is the I Ching with tales of inventors and fox-spirits, ancient poets and non-existent rulers, kleptomaniac pensioners and infernal bureaucrats. Like the I Ching itself, this new Book of Changes is a puzzle, a conundrum and a journey of many transformations, where nothing is quite what it seems.

“Traveling without arriving, seeking without expectation of finding; Will Buckingham is a writer and philosopher of great humility and talent. Profoundly spiritual, entrancingly enigmatic, this is a magical book about the author’s quest to understand the ancient Chinese art of divination–and ultimately himself.” — Rhiannon Jenkins Tsang, author, The Woman Who Lost China